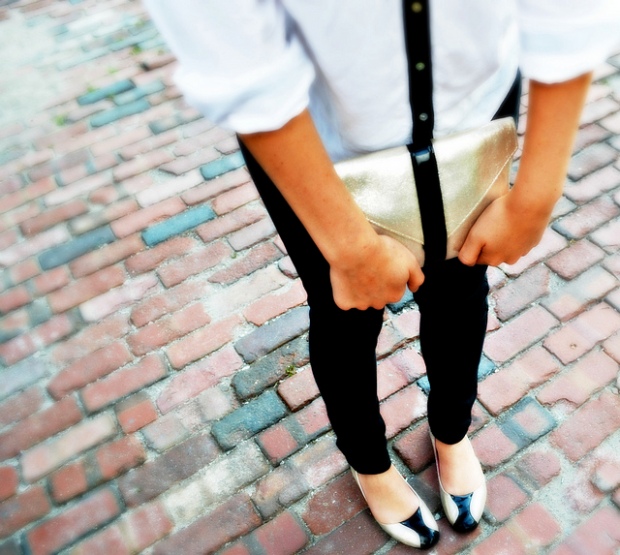 Hailey Coleman was backpacking across England, Spain, France and Italy when she had enough of her damn heels.

“I hobbled home barefoot after a night out in heels and I was like, ‘Why do women always sacrifice comfort for style?’ ” Coleman says from her home near Eglinton Avenue and Laird Drive.

Her sore feet inspired her to launch Damn Heels, which started off as a line of foldable ballerina slippers and evolved into a stylish line of everyday flats.

“The design inspiration for every shoe comes from high heels so you get the streamline sexiness of a stiletto with the comfort of a flat,” she says. “The flats are not only for women to take their heels off after they had
enough of their heels, they’re also just for women who want to still look and feel great even while wearing flats.”

Although Damn Heels are available online at www.damnheels.com and select retail locations including Blo and Alma Natural Spa on Yonge Street and Gussied Up on Bathurst Street, throughout October Coleman hit the streets of Toronto to offer her shoes from the trunk of a Smart Fortwo Coupe.

While one dollar from every pair of flats sold during the pop-up sale were donated to Rethink Breast Cancer, Damn Heels has donated over 1,600 shoes to other causes including Nellie’s and Dress For Success.

“These are organization that help disadvantaged women with clothing and giving them the skills to put together a resume or help them through interviews and they help girls out during prom season by outfitting girls for
prom,” she says. “So those really mean a lot to me to be a part of because they help women look and feel fabulous, which is exactly in line with our mission.”

Coleman, who is also putting together a jeans company, finds it fulfilling to watch women slip into her shoes and see a smile spread across their faces, she says.

Her shoes come in matching clutches, which can also be unfolded into tote bags.

“I really just want women to feel fabulous,” she says. “At the end of the day that’s what it’s all about. I define it as looking great, feeling great and being comfortable.”

Releasing my inner Banksy. Look for my masterpiece in the streets of Tel Aviv!
A great afternoon exploring the streets of Tel Aviv’s Florentin neighbourhood to learn about graffiti and street art with @jigi_music.
Salt of the earth 🧂
A memorable day exploring the holy city of Jerusalem, one of the oldest cities in the world. From touching the Western Wall to setting foot in the Church of the Holy Sepulchre, today was full of history and highlights. Then it was time to experience the modern vibes of the city with a tasty meal at Hamotzi restaurant and a glimpse into the nightlife scene at the MachneYuda Market, which becomes a lively hangout spot at night.
Loading Comments...
%d bloggers like this: